South Australia is a state located on the central southern part of Australia. It is surrounded by Western Australia, Northern Territory, Queensland, Victoria and New South Wales. The city of Adelaide is its capital city.

It is the fifth most populated state of Australia, with close to 2 million people. And 77% of those people live in Adelaide. The remaining majority of people live south-east near the River Murray, where the temperates are cooler and the land is more fertile. The majority of the state, towards the north, is extremely arid, with little to no rainfall.

According to the Australian Bureau of Statistics, there are close to 8,000 marriages each year in South Australia.

South Australia some really stunning places for you to have a beautiful elopement. There are some breathtaking landscapes and scenery and there are plenty of smaller wedding venues which work perfectly for an elopement.

You can elope in Adelaide city, in the Hills, on a farm, in a castle, in the desert or on the coast. So you have a lot of choices available to you, it just depends on the style of elopement you are after.

Also known as the city of churches, Adelaide is the capital city of South Australia and where the majority of the SA population lives.

It is a cosmopolitan city, bursting with culture, cafes and restaurants. There is a bustling arts and festival scene as well as museums and Art Galleries.

Adelaide also has many parks and gardens which surround the city that can make beautiful options for an intimate elopement ceremony. Here are a few in Adelaide that are worth checking out.

Mount Lofty Gardens – Situated on the eastern slopes of Mount Lofty Ranges, Mount Lofty Botanic Gardens is less than half an hour away from town. The gardens were built in 1952 followed along the Piccadilly Valley and first opened to the public in 1997.

The Adelaide Park Lands – The Adelaide Park Lands include a total of 29 parks and squares around the city of Adelaide and North Adelaide. Veale Gardens, Brougham Gardens, Bonython Park River Bank, and other River Torrens sites, in particular Angas Gardens and Grundy Gardens, are some of the most stunning settings and popular ceremony sites. The stunning Adelaide-Qingdao Rose Garden was recently made available as a location for the wedding.

The Adelaide Hills is a beautiful and mountainous area located on the east of Adelaide. It is best known for it’s vineyards and cool climate wines, its conservation parks and stunning gardens.

The villages of Aldgate, Stirling, Oakbank, Birdwood, Crafers, Mount Barker and Hahndorf are all about one hour from Adelaide and are full of experiences with nature and cultural insights.

Within the Adelaide Hills, there are many properties, homesteads, farms, estates and wineries which cater to elopements. It is a very popular destination for weddings and beautiful photos making it one of the best places to elope in South Australia

Adelaide Hills also has some beautiful National Parks and reserves that are ideal for elopements. Many people think of only wedding venues, but these parks have some amazing scenery and all you need to do is apply for a permit and pay a modest fee.

The Flinders Ranges is South Australia’s largest mountain range, which starts some 200 km north of Adelaide. It goes for over 430 kilometres over huge expanses of desert, beautiful natural wonders and lots of Australian wildlife.

The towns of Coober Pedy, Arkaroola, Leigh Creek and Andamooka are set around these huge mountain ranges. This could be some of the best places to elope in South Australia if you are looking for a desert or outback elopement.

With these places it’s always best to avoid the heat of the day. Elopements at sunrise or sunset will give you the best light for the landscape and will be a much better experience for you.

Located about an hour northeast of Adelaide is the stunning Barossa Valley. The Barossa Valley is an internationally renowned wine region that includes the cities of Tanunda, Angaston and Nuriootpa.

The Barossa Valley would have to be one best places to elope in South Australia if you love good food, good wine and amazing scenery.

Located one hundred kilometres north of Adelaide is the Clare Valley region, which is one of the oldest wine regions in South Australia.

There are quite a few really good options for an intimate elopement in the Clare Valley. There are rustic country farm properties and over thirty wineries located on some beautiful surroundings. The Spring Gully Conservation Park is also located here and is another great option for an elopement.

The Yorke Peninsula is located west, about two hours drive from Adelaide and it is a huge 700 kilometres of stunning coastline and Australian bushland. Some of the most scenic landscapes, the whitest sands, Hampton Style cottages and best beer make this one best places to elope in South Australia.

The Innes National Park is also located there on the southwest edge of the Yorke Peninsula. And this is another breataking park which has many locations that would be beutiful for an elopement.

The whole area is very popular during school holidays, so that is something to be aware of when planning an intimate elopement.

Kangaroo Island is Australia’s third-largest island and it consists of 509 kilometres of coast and it is 155 kilometres from one side of the island to the other. So it is huge. 210,000 hectares of land to be exact. And trust me when I say there are some amazing locations for an elopement on Kangaroo Island.

There are 26 National Parks, conservation areas and wildlife protection areas on Kangaroo Island and some of them are open to the public and some are closed. The 2020 bushfires burnt up a lot of land so please check their website for the latest information.

Some elopement locations on Kangaroo Island include:

Cape Willoughby Conservation Park Elopement – Located on the eastern point of the Island, it is home to Cape Willoughby Lighthouse. You can even stay in the lightkeeper’s cottage! It is a rugged coastline which would make a great location for an elopement.

Flinders Chase National Park – Is a beautiful and rugged park that is home to two iconic features of Kangaroo Island. The Remarkable Rocks and Admiral Arch. It is worth eloping to Kangaroo Island just for these two features.

Lashmar Conservation Park – Beautiful park with a long sandy beach and lots of trees. It also has a lovely rocky coastline which would look beautiful in elopement photos.

The Fleurieu Peninsula offers some of the most spectacular scenery, which makes it one of the best places to elope in South Australia.

It is located an hour from Adelaide and is also a large wine region, most notably McLaren Vale. There are beaches, countryside, lots of wonderful places to eat and there is plenty of accommodation. A beautiful region to check out for your elopement.

The Riverland is a large region of South Australia that covers 9386 kms around the Murray River.

For an elopement, there are six national parks to explore and choose from. One location I think would be amazing for a sunset elopement would be Heading Cliffs Lookout in Murtho. The landscape is amazing and it is up high looking down at the river, which will be beautiful in photos

The Limestone Coast holds some of the most impressive natural attractions with crystal clear waters and beautiful coastal landscapes. Which make it one of the best places to elope in South Australia.

There are some really amazing options for an elopement that you should check out. The large crater lake of Blue Lake. Experience the underground oasis of the Umpherston Sinkhole. The caves at Naracoorte Caves National Park. Or elope at one of the many vineyards and wineries in the region.

National Parks in South Australia for an Elopement

Climate in South Australia for Elopements

The climate in South Australia does vary quite a bit depending on where in the state you are eloping. It is generally hotter in the north and a bit cooler down south.

But overall the climate is described as a Mediterranean Climate. With warm and dry summers and mild winters. Which means you will have lovely weather for a South Australian elopement.

What does an elopement mean?

Elopements these days, especially in Australia, have a totally different meaning to what they used to. In our parents day, an elopement meant to secretly run off and get married without anyone knowing.

There was also some level of secrecy and definitely some shame linked with it. Dictionary.com still defines it that way. And it is not really the modern definition or the correct use of the word these days.

These days, in South Australia and in Australia, an elopement has a much more positive and adventurous meaning to it. It doesn’t mean to secretly get married and it doesn’t mean that your parents and family can’t come.

What are the benefits of Eloping in South Australia?

How do you make an elopement in Queensland special?

As with all marriages in Australia, there are some legal proceedings you have to follow to ensure that your marriage is totally legal. Your marriage celebrant will go over all these with you, but in a nutshell, they are:

Other Information About Eloping in South Australia

Check out each elopement region and hopefully, this will help you narrow down your choices for the best places to elope in South Australia. 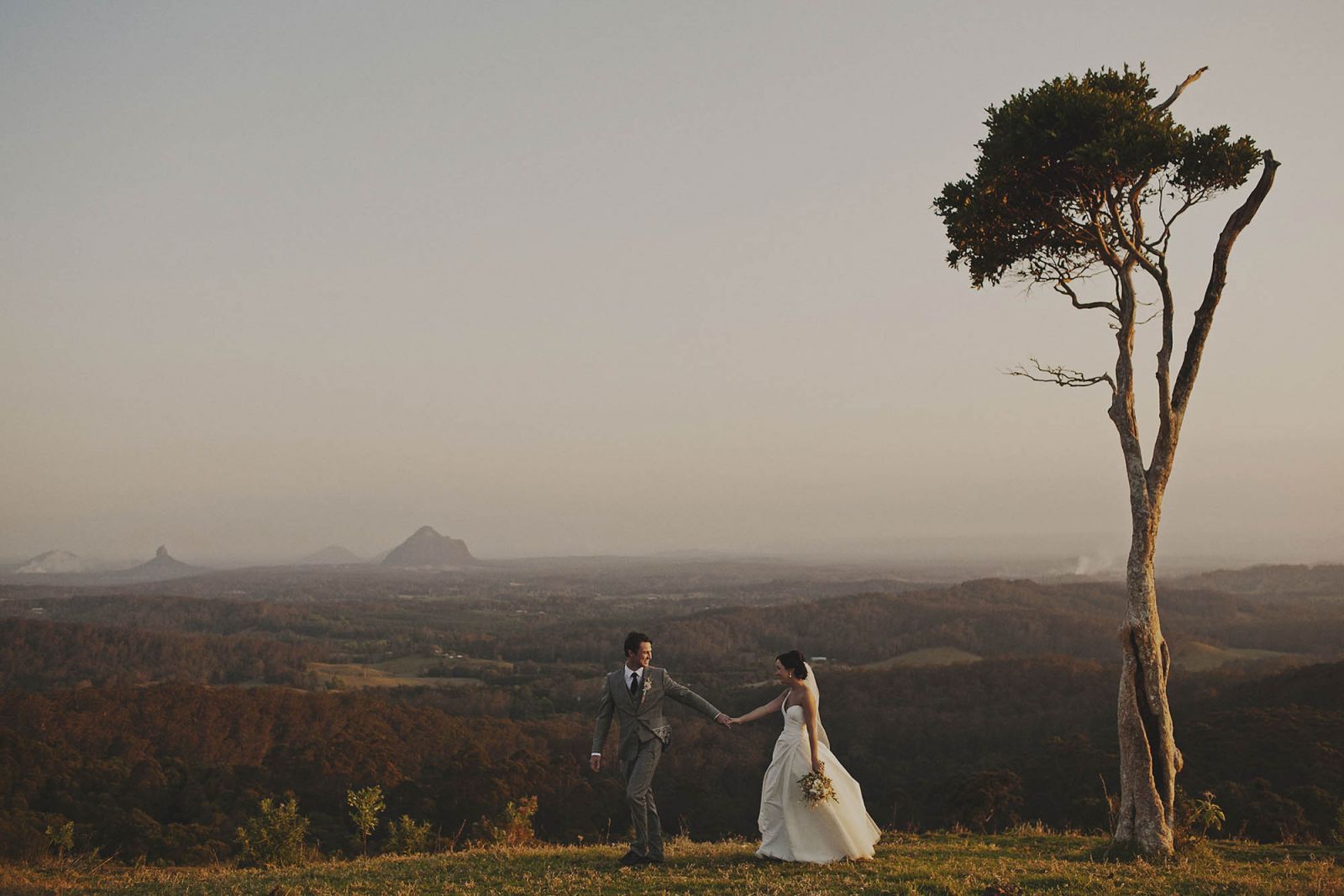